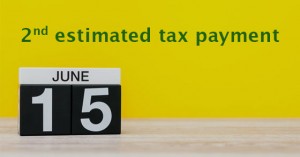 The required installment of estimated tax that a corporation must pay to avoid a penalty is the lowest amount determined under each of the following four methods:

Also, note that a corporation can switch among the four methods during a given tax year.

We can examine whether your corporation’s estimated tax bill can be reduced. Contact us if you’d like to discuss this matter further.

Shane Rohrbach, CPA is Managing Partner for Gollob Morgan Peddy PC
Prev:  GMP attends 2022 State of the City Luncheon as one of the main sponsors of the event
Next: Social Security benefits: Do you have to pay tax on them?
All News